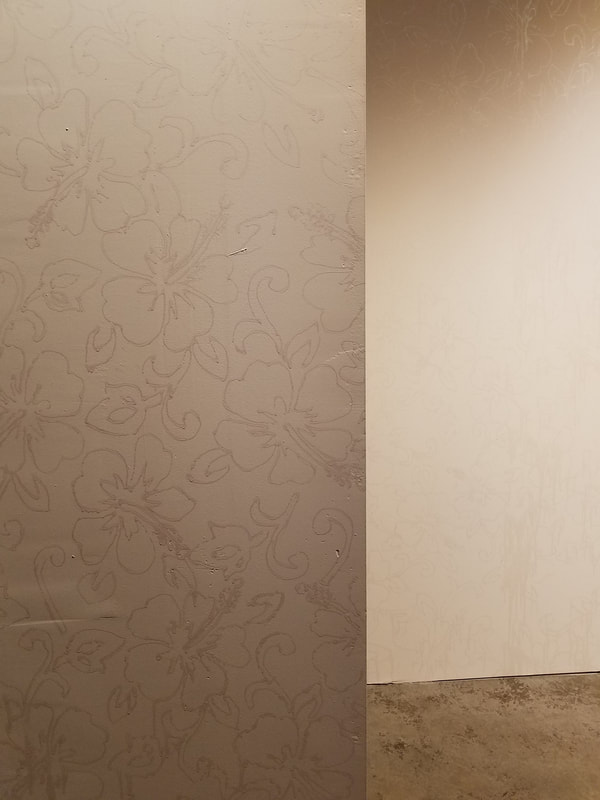 skin in the game (detail) by mario lemafa 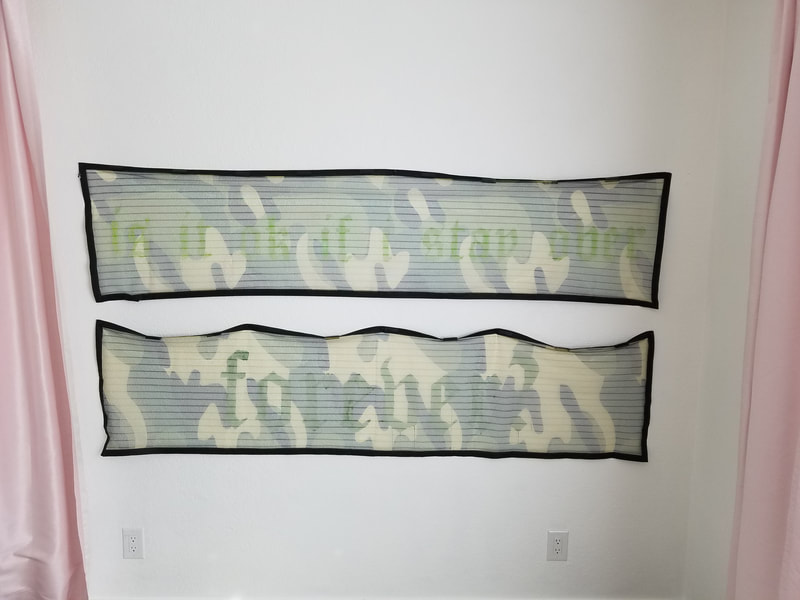 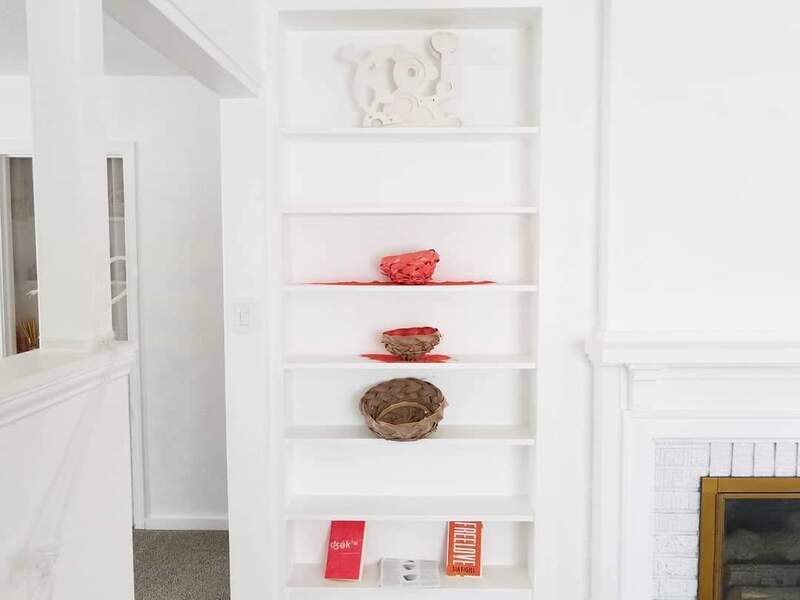 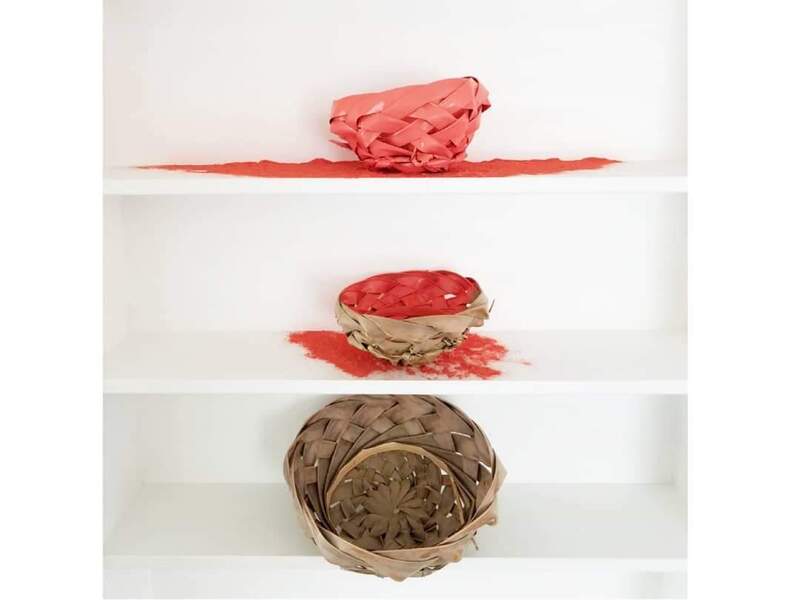 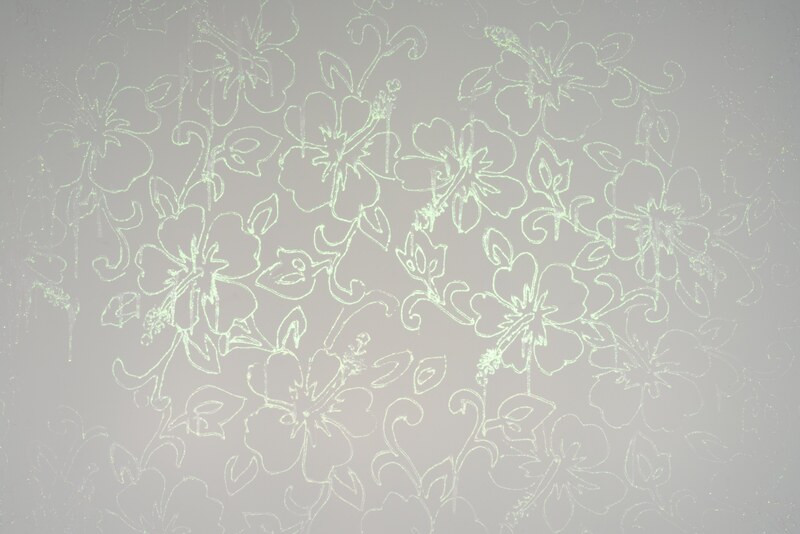 cogean?: You've had quite the busy 2019 already! In addition to cogean?, you are currently exhibiting work in yәhaw̓ and the Honolulu Biennial 2019. Is there a through line between the three?

mario lemafa: yes. in a few words, what i share at the biennial, yәhaw̓, and under the auspices of cogean? flow as an aesthetic and philosophical continuum. i have principles, visual constraints, and intellectual agreements that guide me. you know, typical human things. i appreciate opaqueness, incidental/accidental poetics and subtlety. i like to show people an image of a tree root near Seattle Community College with a lock around a part of the root that is above the soil as an example- typically people place locks around bridges or something lasting with the promise of posterity in reference to bond of love. i found it funny, poetic and artful that someone would do such a thing- leave a lock there. those qualities i think are more apparent in terms of how the work all looks. there is variation on the themes, though they are interconnected.

c?: The latin phrase, "in media res", is a term used to indicate that the story is already in progress, usually at the crucial point. Can you speak more about the "cruciality" or urgency of the moment in time your show is identifying?

ml: hmm, the working definition i have been using for "imr" is something like "in the midst of things"- if there is a sense of urgency i feel, it is an ancient one, like an alarm that has been on for a couple centuries, ever since indigenous folks first contact with palagi.  i've retired from making grand statements these days, teehee. what i will say is that i, under current circumstances have the opportunity to nurture caring and reciprocal relationships, particularly among indigenous folk. one of the implications of "in medias res" is that you are not the protagonist, Life itself is, in one vast nonlinear continuum. from a generational and indigenous perspective, sometimes i feel profoundly irrelevant and sacred at the same time. i'm also not always about 'me'. i'm very comfortable with taking a step back, being a support, being secondary. i  think "imr" describes this disposition well for me- that the story of my life actually foregrounds my mother's, that my mothers life foregrounds her adopted grandchild's, that what is happening to my loved ones, my friends, my chosen family foregrounds the lives of the last generation, so on and so forth back and forth until Time is given to the West and Place is returned to the Earth. all this i reference in the show. i like to use ornamentation, pattern to describe my position on representation while referring to this quality of being both passive and active. i think about materials that have cross cultural meaning, a shared sense, and learn their histories.

c?: Your title, 'malie_inmediasres_turtle', draws from three languages (Samoan, Latin, English). Can you talk about that blend?

ml: sure, the show name i use to relate the islands of Samoa, the malie or shark, to Turtle Island, a common indigenous name for North America. the legends of the shark and turtle in Vaitogi often depict their original form before the gods transformed them as a couple, sometimes its mother and child, or other relationship.

c?: As an artist, you put a lot of yourself into your work. How do you recharge?

ml: lots of solitude actually, and then lots of meaningful engagement with community.

It’s in the middle of the optimistic flurry that is the heart of spring. Our vegetable patches in the front garden are full of transformation from seed to start to plant. The radishes are plentiful and the cilantro and dill are far from bolting and going to seed. It’s still mostly cool out, though it feels like there’s been less rain than expected and lots of sunlight. I’m the gallery space, the morning sunlight illuminates the thin lines of glitter glue that run along the wall above the fireplace and on a large segment of the north wall that are part of mario lemafa’s show “malie:turtle in media res” tracing out a pattern of hibiscus flowers, immediately recognizable and inextricably associated with the South Pacific, like the pattern of a magical snail.

The glitter glue can also be found on three sculptural pieces placed on the carpeted floor. Clear plastic duvet packages, filled respectively with a “Hawaiian” shirt dyed by lemafa, another with the message “Come and get your love” (from the all native band, Redbone), and a third with a curled piece of acetate with the words, "long time no see".  On top of each of them in lines of sparkling clear glitter glue is the stylized drawing of a turtle’s back. The effect is powerful and these objects evoke a miraculous otherworldliness--the clear plastic turtles are almost like bioluminescent jellyfish, radiating meaning and symbol instead of light.

Tied to the wall, twine wrapped around two posts, and hanging only a few feet off the floor is a birdhouse lemafa constructed with his brother. Painted black, with a light glowing from inside, it's a memorial to the victims of the practice of kidnapping and forced labor practice perpetrated against indigenous people of the South Pacific, a practice itself called bird boxing.

Adjacent to the birdhouse, on the built in bookshelves, are three handwoven baskets of increasing size, the largest of them painted pink, li hing powder appearing to poured down from the top basket to the bottom one. A Chinese product, li hing powder is particularly popular among children on Hawaii, where it is used to enhance the sweetness of treats like gummy candies. The baskets were woven using a technique taught to artists he encountered while participating in the Honolulu biennial.

In the next room of the gallery there are two more sculptural works. Placed in the middle of the room is an assemblage is fabric, a metal frame in the shape of three trainable rising out of the middle of the fabric like sharks fins, and placed on top of the blue fabric is a green plastic turtle. Alchemy, similar to the clear plastic duvet package turtles, happens and the simple objects come together to form a powerfully evocative work, the humbleness of the materials contrasting harmoniously with the weightiness of the tradition they participate in as the represent the story of Turtle and Shark.

Also placed on the floor, tucked in a corner a few feet from the Shark and Turtle sculpture, is a WiFi router painted bright yellow, its bright color and small blinking lights a beacon. It is a nod to queerness, and the digital world we inhabit as queer people.

Taken all together, the works of the show are a beautiful investigation of identify, both in the specific and in general, taking in not just a solitary perspective, but a holistic view of identity that incorporates relation to other, to history, and to place in consideration. And also to the future and the realm of the possible. Only half of the north wall has been taken up with the hibiscus pattern, and the other half has been left intentionally empty as an acknowledgment of the local indigenous peoples and full of the possible connection across Indigeneities. In the midst of the miraculous, the swirl of history and its practices of cruelty and objects of beauty, in the midst of of the glittering messages written on the walls, in the face of all the things that can make a human myopic in their vision of life and the world, we are reminded to nonetheless make space for the possibility of new connection and the beauty and love that can spring from it. In this way we are enabled to see that we are all in media res, that we are all also participating in the great epics told to us as children and passed on to us as adults.