Punk Noir
Dawn Okoro
July 27th - September 14th, 2019
https://okorostudio.com/punk-noir
Featuring portraits of black musicians, filmmakers, photographers and other creatives — Dawn Okoro’s Punk Noir revels in the divine feminine and masculine embodiments of her subjects. Using energetic colors and the complexion of her characters to manipulate the quality of light, Okoro offers an alternative to life lived on a stark white canvas in a black body.

Okoro adopts compositional techniques from fashion photography while partially obscuring faces and bodies to address issues of erasure, and its particular impact on black women.

Okoro disputes the image of punk that has long been occupied by whiteness in favor of an afrocentric world view. This more nuanced version of blackness exists far beyond its aesthetic value. It is anti-establishment in nature, and working to reclaim and reveal its influence in music, fashion and art. 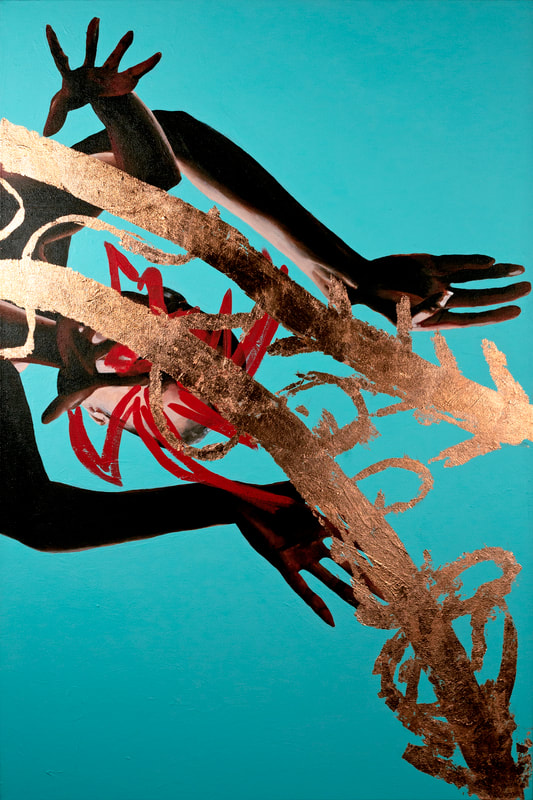 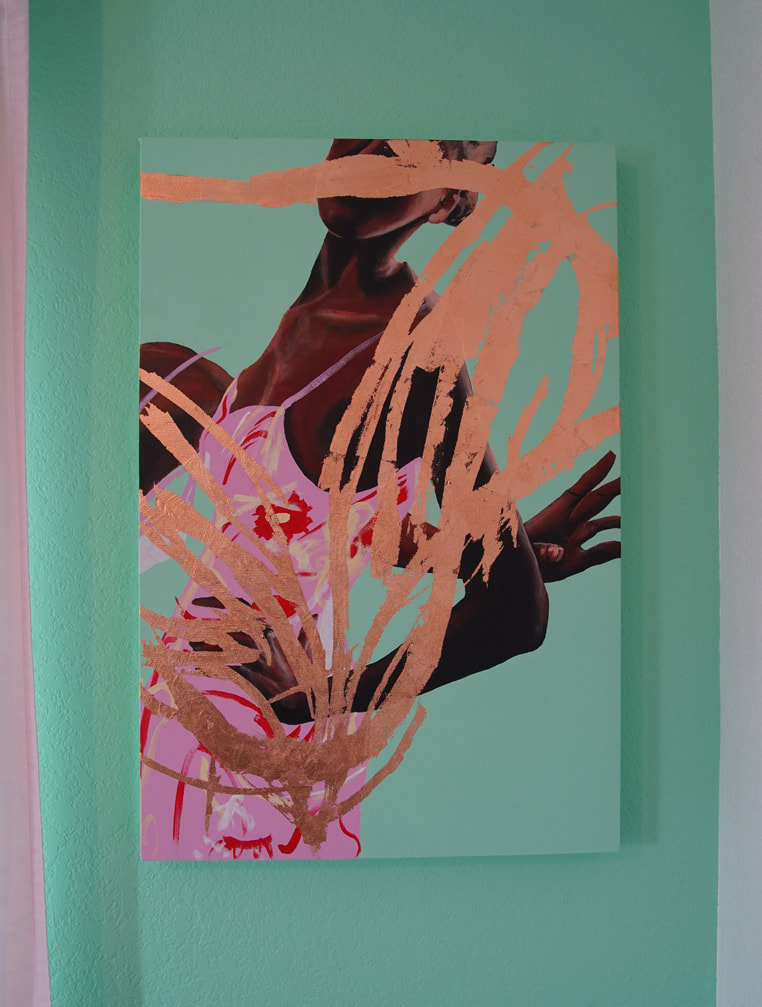 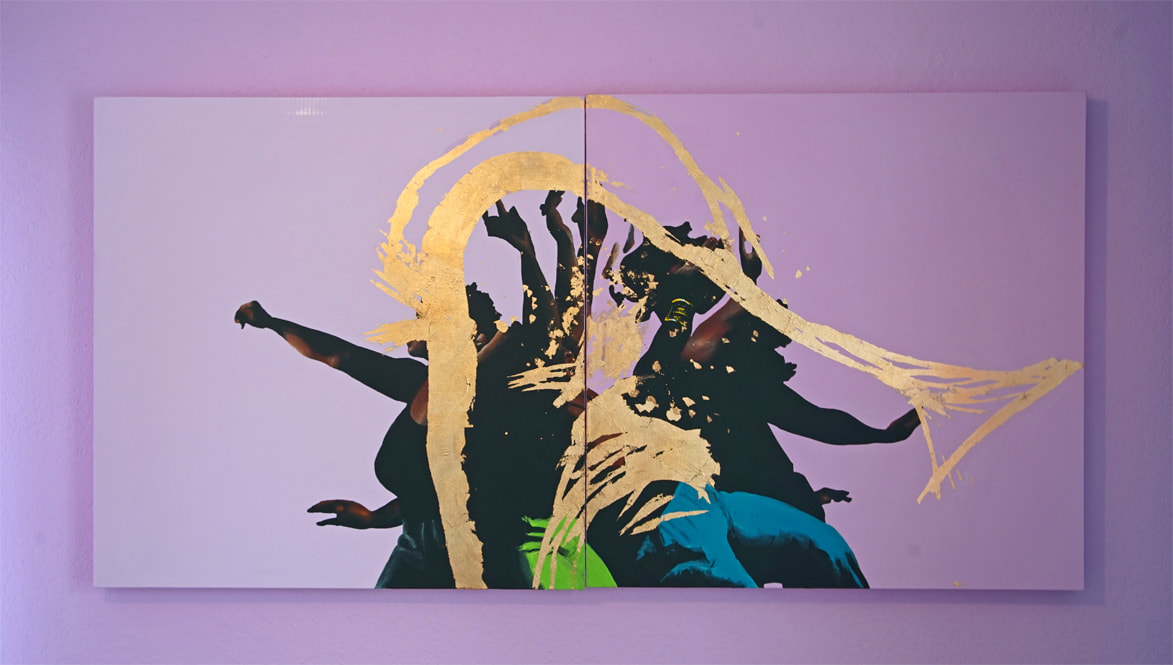 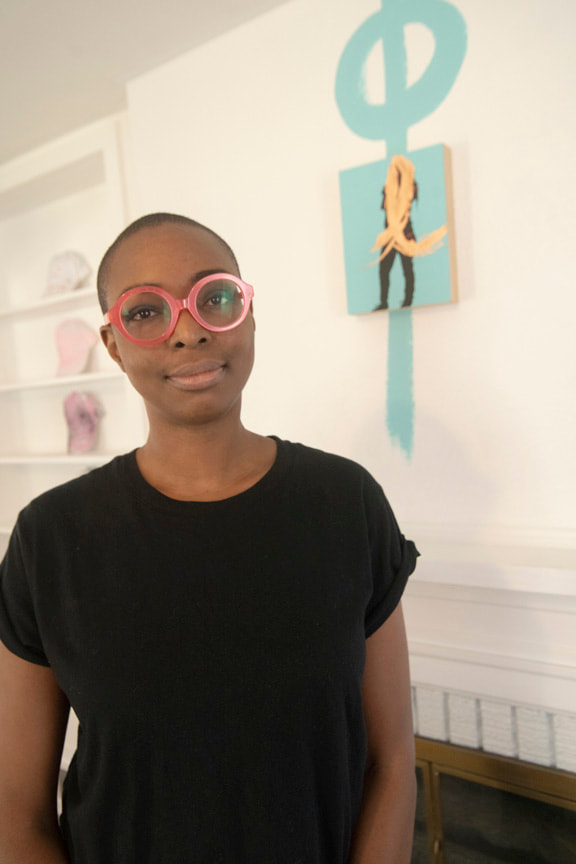 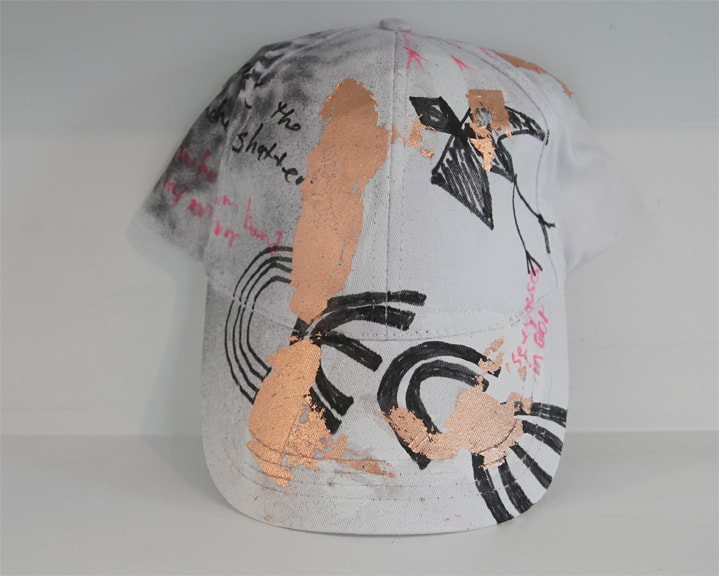 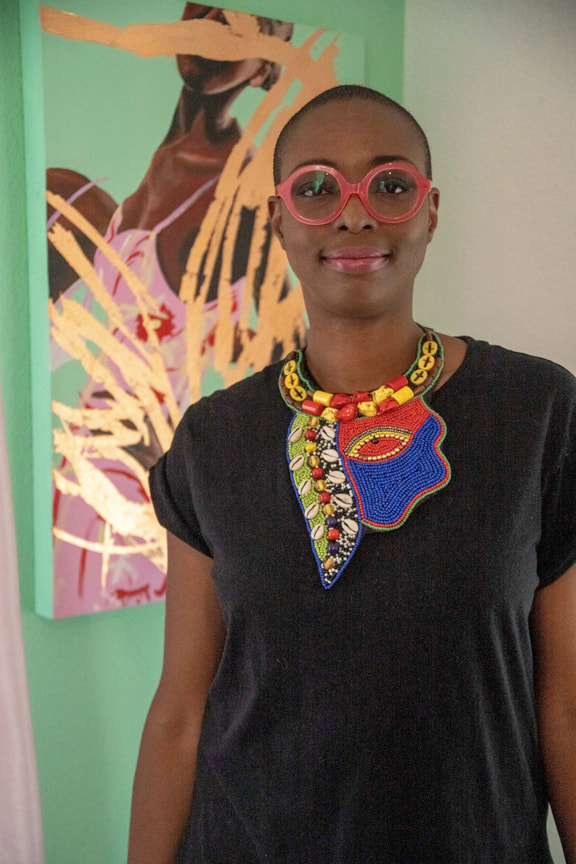 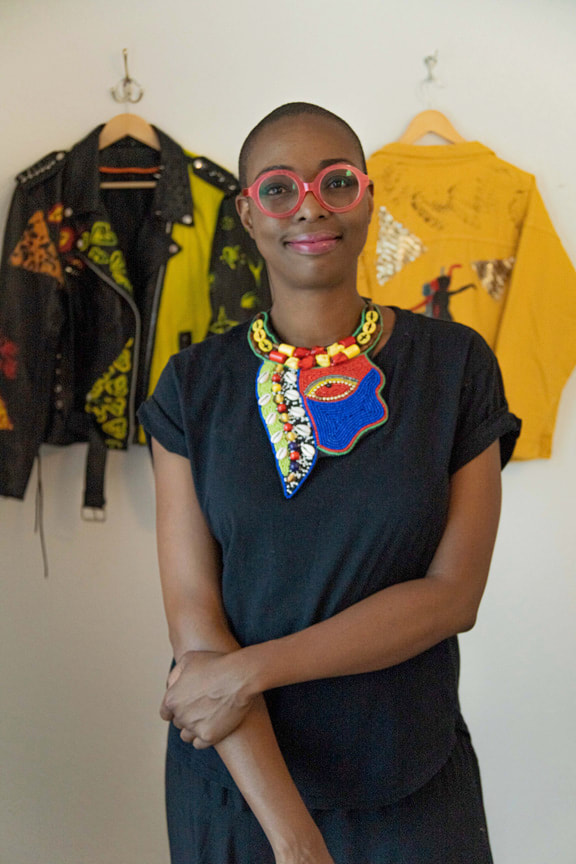 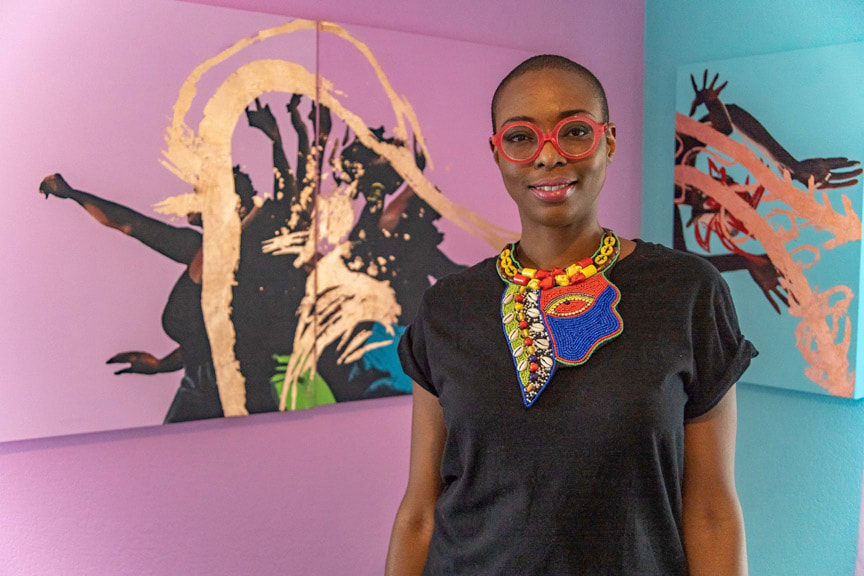 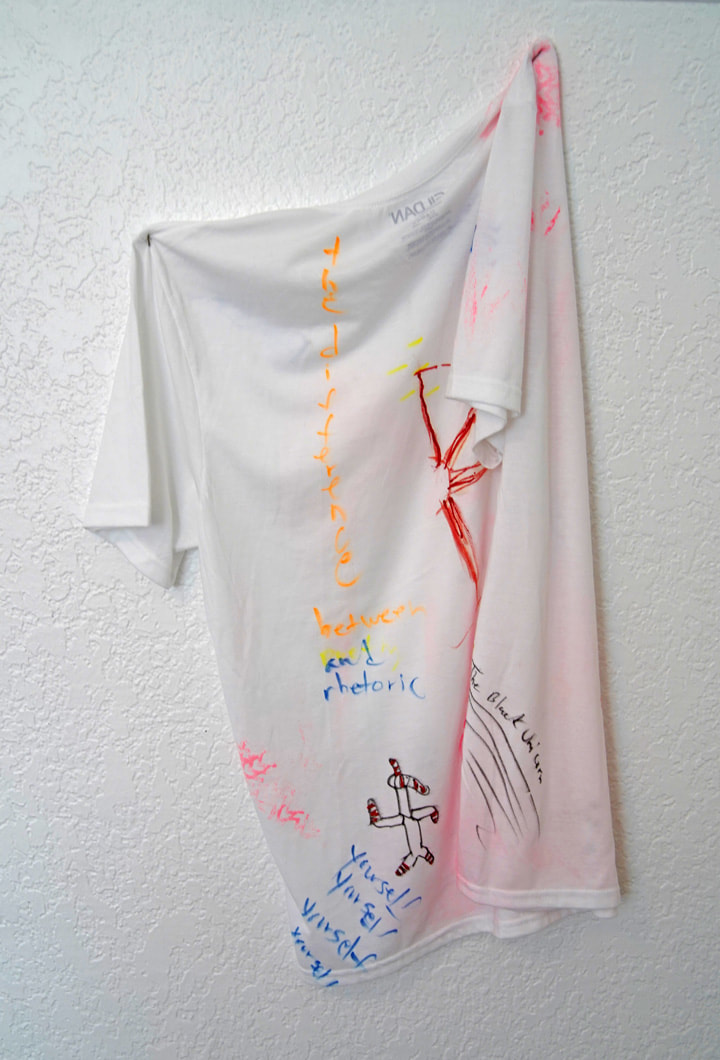 (images courtesy of the artist)

July, 2019
cogean?: Your work is influenced by fashion. When did that begin to emerge? Or has it always been there from the beginning?

Dawn Okoro: As a child, fashion magazines provided me a temporary escape. The poses and backdrops in fashion photography are meant to sell an idea to the viewer. I use some of those techniques in my work.

c?: Can you talk about the use of gold leaf in your work work and its relationship to erasure?

DO: I initially started obscuring figures in my paintings while creating my series called Misogynoir/Resistance a few years ago. Misogynoir is when a black woman experiences racism and sexism at the same time. I used paint to partially obscure “video girls” as a way to resist misogynoir.

It was scary to scribble over a painting, because seemed that even if I didn’t like the mark, there was no turning back. But eventually the obscuring figures with paint, fabric, or metal leaf became part of my process.

I’ve been using a lot of copper leaf lately because it symoolizes energy, since it’s capable of conducting electricity. I use copper to show erasure or pushing back against something, especially as a back woman in America. In Punk Noir, the copper leaf also speaks to black people’s contributions to punk being minimized or erased.

c?: When installing, you frequently employ symbology from Adinkra traditions — how does that alter the works/space?

DO: Some of my family is Nigerian. Although I didn’t grow up around their traditions, I use Nsibidi, Uli, and Adinkra symbols to connect with the continent where my ancestors originated. Sometimes I paint marks that are not part of a language, but are inspired by West African symbols. I make gestural marks to record, my emotions and energy.

c?: You’re in the middle of an ambitious tour of Punk Noir (Austin, New York, San Antonio, here, Dallas, Grand Rapids)! How is it going so far?

DO: It’s been a lot of fun so far. I held my first Punk Noir exhibition in Austin. There was such a strong response that I wanted to bring that experience to other cities. These is currently a version on view in San Antonio. I am really excited to bring a new version to Bremerton. This version was created in a size that would best fit the space at cogean?. Next, the show will be in Dallas and one of the pieces will be in Grand Rapids next year. I hope to add a couple more cities to the tour.

c?: This will be your second time exhibiting in the Seattle area (we originally saw Dawn’s work at Virago Gallery)--are you looking forward to anything special on this trip?

DO: I am happy be showing in the Seattle area a second time. This time I will actually get to be there. I hope to check out Zanele Muholi’s show at the Seattle Art Museum. I also want to try some good seafood!